The overarching vision for the Bronx waterfront of the Harlem River is a contiguous waterfront park.  This is a fundamental consensus embraced by several generations of city and state agencies, elected officials, and their constituents. It has been outlined in some 25 plans that been developed, refined, and re-issued — all with public participation over the same number of years.   While it is understood today that this means future development of waterfront itself must be primarily recreational, nonetheless, information about water-quality is needed to post advisories, determine the feasibility of bringing people to the river, and increase biodiversity.  Moreover, these plans were fragmented by geography and subject, while we intend to take a comprehensive watershed approach to the land and the river.

One hundred years ago, the river was used for boating and regattas.  Many boat houses and clubs were in use along both sides of the river.  Soon that was to end.  The vacuum left by the withdrawal of the public recreational uses was filled by utility and transportation industries, often for temporary uses, many of which polluted the land and the river.  This section of the Bronx waterfront was never suited to heavy industry and recent attempts to introduce it have been firmly rejected by the community. Today the upland communities host a transportation corridor used by almost one million people each day, for which they pay a heavy price in public health, and loss of the use and view of their waterfront. The highway has created an envelope of visual blight through which the rest of the world perceives their neighborhood, and through which their residents must pass to get to their waterfront. 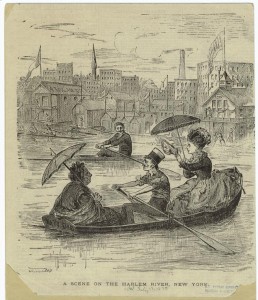 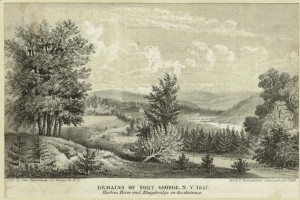 In the Bronx, the upland community along the Harlem River (most of the catchment area) has a median household income of $25,000 with more than 33% of the residents in the community boards within the area are younger than 18 years old. 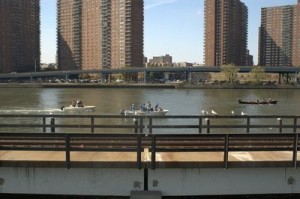 In the Manhattan communities of East & Central Harlem, Washington Heights and Inwood, roughly 88% of the population is Black or Hispanic and 31% of families live below the poverty line.  92% of housing is renter occupied situated in “super blocks” that create some of the highest concentration of public housing projects in the nation. The communities on both sides of the river suffer from devastating rates of asthma, hypertension, diabetes and obesity.

By organizing the community to develop an action plan that can become part of the Master Plan for cleaning the river, this grant will enable the citizenry to advocate for clean water and land. 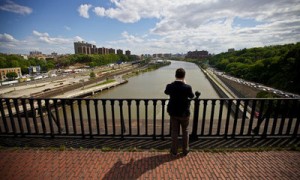 The Harlem River Working Group (HRWG) is a coalition of nearly fifty community organizations, city, state and federal agencies, and elected officials focused the Harlem River — an area stretching 9.3 miles from the Randall’s Island to the Hudson River in Bronx County, New York City.  The group’s goal is to work toward restoring the Harlem River; reconnecting the waterfront with the people; recreating the water’s edge; and reinvigorating in-the-water recreational and commercial activities.

Since 2009, the National Park Service Rivers, Trails & Conservation Assistance Program has supplied invaluable technical assistance including the Student Conservation Association which created the Harlem River Rangers program. The Massachusetts Institute of Technology Urban Design and Architecture School (MIT) worked on the study of the river and the waterfront.  The Trust for the Public Land, one of our partners, is working in conjunction with the Harlem River Working Group and our consultant, the Pratt Institute, to hold three community wide visioning statements and to develop a community vision and outreach brochure/map. Additionally, TPL worked with DPR to purchased private land for parkland use at Depot Place on the waterfront.

Members of the HRWG are invited to attend monthly meetings held alternately with the Bronx Borough President’s Office and throughout the five community boards along the Harlem River. Consensus building educational activities will bring together and strengthen the coalition, through workshops.   The project will hold training sessions — water restoration and watershed protection planning; water-related human health concerns, including CSO imputs; and environmentally sensitive greenway designs aka green infrastructure. 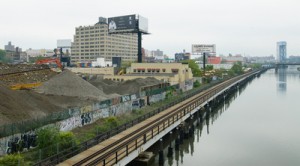 In 2011, the Urban Waters Federal Partnership (UWFP) announced efforts on seven pilot locations, one of which is the Bronx & Harlem River Watersheds (New York).  Our area was chosen because both “locations had a strong restoration effort underway, spearheaded by local governments and community organizations.” The UWFP plans to transfer lessons learned from these pilot locations to other cities in the country.  Through the UWFP, representatives from community organizations, city, state, and federal agencies convened on the EPA vessel “Clean Waters” and sailed to conduct a “Rapid Assessment” of the Harlem River corridor.  Local residents, had the opportunity to stand at the rail side by side with experts from agencies such as NOAA, EPA, USFWS, USACE, USGS, USDA FS/NRS and point out long neglected issues that plague the river while also pointing out the hidden opportunities to reclaim the river.  All on board agreed to work together and identify projects that have a high feasibility of moving forward and improving the river.

There are two reports:

This link describes the processes and ideas generated by students and faculty of the 2011 Site and Environmental Systems Planning practicum at the Department of Urban Studies and Planning, School of Architecture + Planning at MIT.

The Harlem River Greenway: Our River, Our Future

Meetings (Details on the side)